Not much was done on Sunday. I wanted to go to IKEA to view the kitchen cupboard before making a final decision whether to purchase or not. Then to buy some groceries as we are practically running out of food supplies.

At IKEA. After viewing the the kitchen cupboard, I decided not to buy it after all. I don't like the design and the material of the cupboard at all. I may look at other furniture shops for the cupboard to my liking. In the end we bought the kitchen island and two Book cases. One for me and one for hubby. I just don't want to have to fight for space with him.

I spent more time cleaning and organizing on Monday and Tuesday instead of de-cluttering. At the same time I focused on my crochet so as to get more done.


Today I decided to clear the area beside the cupboard. I had them relocated to another spot temporarily. Even though I planned to view the contents of the box files especially, later, I changed my mind and did it immediately. Glad I did. I was able to remove half the contents of each box files (two of them) and had them moved to the junkyard box. In its place I filled them up with items from a bag that was sitting in one corner of the living room for some time. In the end I was able to de-clutter another part of the living room which was not on the agenda yet. Does feel good, really.


Thank you for stopping by.

Posted by Lili Sulastri at 7:01 PM No comments:

Today I have help with de-cluttering and re-organizing project. The Child and I decided to tackle the kitchen area. We decided to continue emptying the contents of the kitchen cupboard. This cupboard will go after serving us since 1995. My parents bought this cupboard for me when I moved in to my own Apartment for the first time. There are signs of wear and tear already. Time to replace with a new cupboard or cabinet. The items on the left of the cupboard will be relocated to a temporary area and I will go through them all once the reorganization in the kitchen is completed.

We also decided to clear the kitchen table. We might replace that with a kitchen island. So it is like killing two birds with one stone. The table will be relocated.


This was supposed to be my work table in the kitchen but I end up having a small area to work with. While The Child was emptying the cupboard, I decided to put my hands on the table. Again the trashing, relocating and to sell lists take into play.

Since we were doing more than what I had in mind, we did not get to completed the job. Will continue tomorrow, in syaa Allah.

At the same time The Child is boxing books and files and other things from the bookshelf upstairs. She was working on them herself as I still have difficulty climbing up the stairs. The current bookshelf will go because it has warped so badly after the room became flooded. A new bookshelf will take over its place.

The Child did get help from the father. He helped to assemble the boxes and this was how he had them placed in the room much to The Child's disgust.

While taking a break from the de-cluttering process, I decided to watch "The Great Challenge" you-tube by Sophia. She is showing a series of De-clutter, Organize and Cleaning project. What I like about this channel is that Sophia is taking us to do the project on a small scale at a time. The task will not be so overwhelming and at the end day the job will get done.

Posted by Lili Sulastri at 3:41 AM No comments:

Today I decided to work on the coffee table.  Between me and my daughter, we never cease to clear the clutter on the table from time to time. Somehow it will always be filled to the brim at all times. I must say I can still never get to clear the table to my satisfaction.

Same routine as Day 1 :
1) Straight to trash bin
2) Return items to where it should be
3) The ointments went to temporary storage until a medicine cabinet is purchased and installed.
4) Shred documents
5) To sell to junkyard box

Hello! Welcome to my blog.

This is my first entry for year 2020 and I am going to do a series of posts on de-clutter. I may alternate with de-stashing from time to time as this is also another project on my mind.

De-cluttering was actually a project I wanted to do throughout December 2019. Even though I have been working on it from time to time, there is still a lot more to be done. For starters, I shall work on smaller areas daily or when time permits.

Unfortunately, the project was on hold after I met with a little accident where I fell into a drain and fractured my fifth metatarsal of my right foot. As a result I end-up recuperating at my mother's house in Melaka for six weeks.

I am on my feet albeit slowly. Making progress with walking without the aid of the walker.

My first day of de-cluttering was the main dining table.

The aftermath of the de-cluttering process may not be 100% perfect. At least I shall have a working space for my creativity and a spot for us to have our dinner with less clutter.

Posted by Lili Sulastri at 8:28 PM No comments:

Welcome Back to Blogging

Hello and good morning. It is almost three years since I last blogged. This can be a sign I am coming back, hopefully with more interesting contents to share.with my followers. 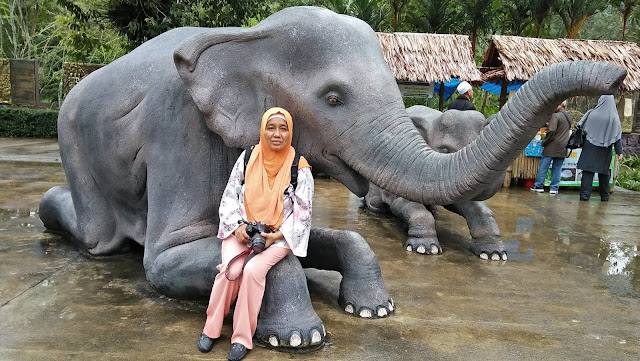 To start with this is ME as a reintroduction. This photowas taken during my recent trip, in November 2018,  to Krabi/Haatyai.. This was on our way to Krabi and we stopped at Trang Andaman Gateway to start the journey.
Will be sharing more as time goes by.

This layout is created for Kraft+ October challenge, I can see clearly Now kraftpluschallenges. The Twist is Use something see-through on the layout, ie Vellum, Plastic, Glass, Bubble Wrap, etc. For
this layout I used a Word transparency that I had in my stash for nearly 10 years.
This photo was taken sometime in 2015 when we went on a one-day trip to Genting Highlands. Whenever we want to feel some cool weather, we would drive up to Genting highlands and parked the car at the parking lot. We then proceed to take the Bubble Car up to Genting Highlands for a short break.All we wanted was the cool air. 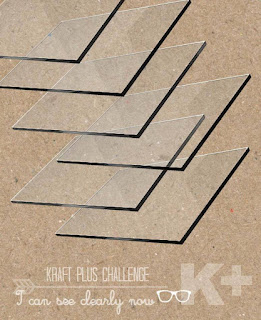 Thank you for stopping by and leaving comments. Truly appreciate it very much.
Posted by Lili Sulastri at 8:25 PM 4 comments:

My daugther and her cousin were born four months apart. She was born in September 1999, towards the end of the Millenium, while her cousin in January 2000, a real Millineum child.. Both belong to the Y-Generation with a touch of the Z-Generation. Both are headstrong but they both love one another to pieces.
This photo was taken during the Hari Raya Celebration in 2013 where my sister, Asmah, and her family managed to squeeze some time to celebrate with mum. It was a lovely celebration but the convergence of my siblings in one entirety is now a thing of the past. There will always be one or two siblings missing on the first day of the Eid celebration. This is just one rare moment where my sister and I were able to come together on this auspicious day.
This photo of them shows a beautiful relationship sealed since they were babies. They can be headstrong, they can throw tantrums, they can have their disagreements, deep down I know they really love and care about one another.
I create this layout for Stucksketches August 15, 2017 Challenge. I really love the simple sketch, below: 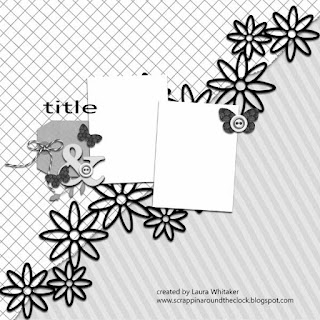 Using the colours of the dress the two girls wore that day, I came out with this simple layout:

Welcome to My Blog

Lili Sulastri
I am a wife, a mother, a homemaker and an office worker and a crafter. In my spare time, I like to dabble in photography and use these selected photos to create layouts. I have no specific theme as I am still in the learning process and trying to try out new techniques. I have yet to learn to use my DSLR camera which was my 20 year anniversary gift from the company I work for. Scrapbooking is an extension of my photo journey.